Valuations and debt levels remained aloft in the second quarter of 2018, according to GF Data’s just-released August report. At the same time, the data tracking firm saw a drop in completed deal volume that defies the general sense of an enduring red-hot market.

Valuations for the quarter overall averaged 7.4x which is in line with average marks in the “mid-sevens” attained since the middle of last year.

“Since we don’t see evidence that the market is slowing, we have an alternate theory,” said GF Data CEO Andrew Greenberg. “For deals closed in the second quarter, the center-of-gravity launch period would have been the fourth quarter of last year. That was a point of accumulating uncertainty over trade policy, impending federal tax changes and broader market conditions. That uncertainty may well have created a stutter step in properties coming to market then and in completed transactions now. We continue to believe, however, that deal volume is showing no sign of abatement outside of this quarterly blip.”

According to Graeme Frazier, IV, GF Data’s Co-Founder and Principal, while headline valuations remain essentially unchanged, a drilldown into the aggregate data reveals more pronounced signs of a bifurcated market. “The “size premium” we report on – the spread between average values at $10 million to $50 million and average values at $50 million to $250 million – is at 3.4x, a record high. Similarly, the quality premium – the spread in favor of better financial performers against other businesses – is 26 percent, also a record.”

John Sinnenberg, Chairman of Cyprium Investment Partners, a private equity fund manager focused on making minority equity and junior capital investments, assessed current deal flow in the context of this recent completed activity. “While the idea of seasonal abnormalities are not exclusive to the last 12 months, we saw first-quarter deal launches delayed by three to four months as shareholders waited for a vote on tax reform and then processed its impact on their businesses,” said Mr. Sinnenberg. “Notwithstanding these delays, we have seen an increase in year-over-year deal flow and recognize the referenced data point as a short-term abnormality rather than an inflection point.” 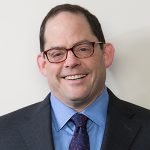 Andy Greenberg is CEO of GF Data®, based in suburban Philadelphia, and Senior Advisor of TM Capital, a mergers & acquisitions advisory firm with offices in New York, Atlanta and Boston. GF Data is the leading providing of valuation, volume, leverage and key deal term information on private transactions in the $10 million to $250 million value range. All charts and data subject to the GF Data terms of use.

← Valuations Dropped Slightly But Are Still Higher Than AverageGo Froth and Prosper? →